Oliver Fuller
Called to the Bar in 2018 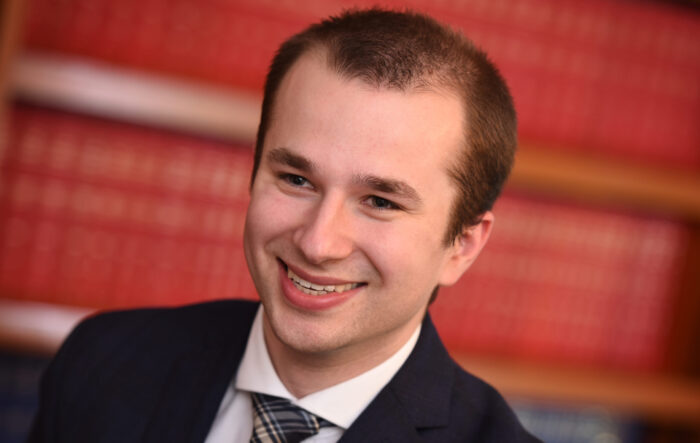 Oliver joined Chambers in January 2021 following the successful completion of his pupillage.

Before joining Chambers, Oliver worked as a County Court Advocate across the South-Eastern Circuit attending Court on a daily basis on various Civil hearings and applications. Oliver also held a voluntary role as part of the Tackling Discrimination in the East Project as a Volunteer Discrimination Adviser.

In addition to his main practice areas, Oliver is regularly instructed in Family proceedings, where he has appeared on behalf of the Local Authority and parents at all stages of care proceedings. Oliver also acts on behalf of parents in private children matters.

Oliver has experience in conducting Criminal proceedings as a Grade 1 Crown Court Prosecutor, acting on behalf of the CPS and Probation in both the Magistrates’ and Crown Courts. Oliver also accepts defence instructions. Oliver has a developing practice in providing written advice, advising on issues of Personal Injury, Trusts and Equity, Property and Employment.

Presently, Oliver only accepts instructions from solicitors and professionals.

I thought he was very impressive and had a sense of calmness, confidence and logic that is often lacking at the Magistrates. I would instruct him in the future.

In addition, Oliver regularly provides written advice on issues of personal injury as well as advice in conference. Oliver also accepts instructions on a conditional fee basis where appropriate.

Oliver has a growing employment practice following his previous role as part of the Tackling Discrimination in the East Project as a Volunteer Discrimination Adviser. Since joining Chambers, Oliver has represented both Claimants and Respondents at Tribunal in relation to unfair dismissal, wages, discrimination, and TUPE claims.

In addition, Oliver provides both written advice on employment issues as well as advice in conference. Oliver has also advised companies in respect of employment contracts, including zero-hours and casual worker contracts.

Oliver’s property practice covers a diverse range of issues. Oliver has successfully represented Claimants and Defendants at an interim stage and at final hearings.

In addition, Oliver regularly provides written advice on housing issues as well as advice in conference. Oliver has previously been seconded to Local Authorities to advise on a variety of legal issues including disputes over land ownership.