Liam Varnam
Called to the Bar in 2007 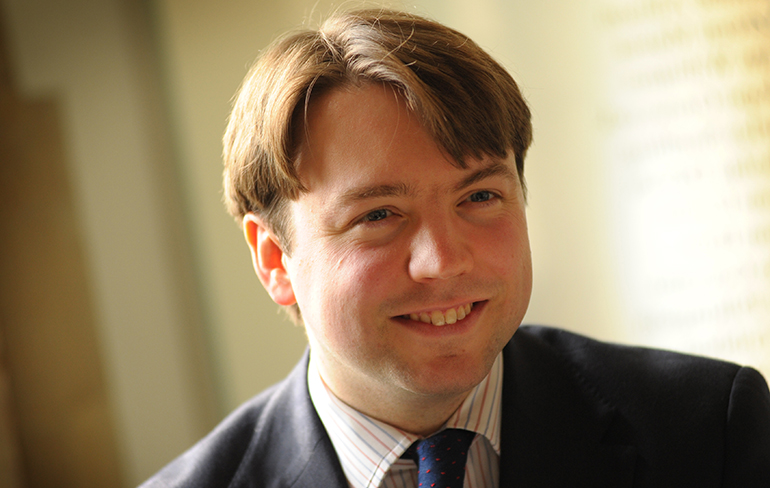 Liam practises exclusively in civil law, with an emphasis on property, employment, commercial, and probate matters. He is currently recommended by the Legal 500 as a leading barrister in both property law and employment law, being described as ‘a great advocate with outstanding technical ability’ and as ‘an excellent advocate who is professional yet very down to earth, with a practical approach’.

For more detailed guides to Liam’s work, please click on one of the practice areas listed above.

Liam’s practice takes him across East Anglia, London, the East Midlands, and beyond, representing clients in a variety of courts and tribunals. Besides appearing in court, Liam drafts pleadings and advises both in conference and in writing. He is primarily instructed by solicitors, but also accepts selected direct access instructions when he has capacity.

Commercial law has been a significant part of Liam’s practice since he joined Fenners Chambers. Liam appears in interlocutory and final hearings in the High Court and on the fast and multi-tracks in the county court. He also advises in writing and conference and settles pleadings.

Liam is principally instructed by solicitors, but accepts direct access instructions when he has capacity to do so. Besides appearing in court most days, he drafts pleadings and advises both in conference and in writing.

Liam Varnam’s property practice focuses on three main areas. First, land law, including easements, boundary disputes, restrictive covenants, etc. Second, trusts of land/TOLATA cases. Third, landlord and tenant cases, where he deals with both commercial and residential tenancies, acting for both landlords and tenants. Liam is listed as leading counsel in property law (tier 1) in the 2022 edition of the Legal 500. He also hears a variety of property disputes in the county court, following his appointment as a Deputy District Judge in 2021.

Liam appears in court, and advises in writing and in conference. He is primarily instructed by solicitors, but is also authorised to accept instructions directly from members of the public.

Liam accepts instructions in all areas of probate and related chancery practice. Besides having a busy paperwork practice, he also appears in interlocutory hearings and trials on a regular basis, as well as acting in mediations.

Liam is principally instructed by solicitors, but is also authorised to accept instructions directly from members of the public. He acts for Claimants and Defendants, beneficiaries and personal representatives, and is equally at home appearing in court, advising in conference or in writing, settling pleadings, or acting in mediations.

Liam appears in the employment tribunal and EAT, in cases covering the whole breadth of employment practice, with expertise in all types of discrimination claim, as well as unfair dismissal and protected disclosure/whistleblowing claims. Liam is also particularly interested in cases lying at the intersection of employment and general contract law, and has recently acted for both employers and employees in a number of six-figure breach of contract claims. He acts in roughly equal measure for employers and employees.

Liam was appointed as a fee-paid employment judge (Midlands East region) in 2021 and is listed as leading counsel in employment law (tier one) in the 2022 edition of the Legal 500.

Liam appears in courts and tribunals, and advises in writing and in conference. He is mainly instructed by solicitors, but is also authorised to accept instructions directly from members of the public.

LLM by research, University of Reading