Charles Snelling
Called to the Bar in 2005 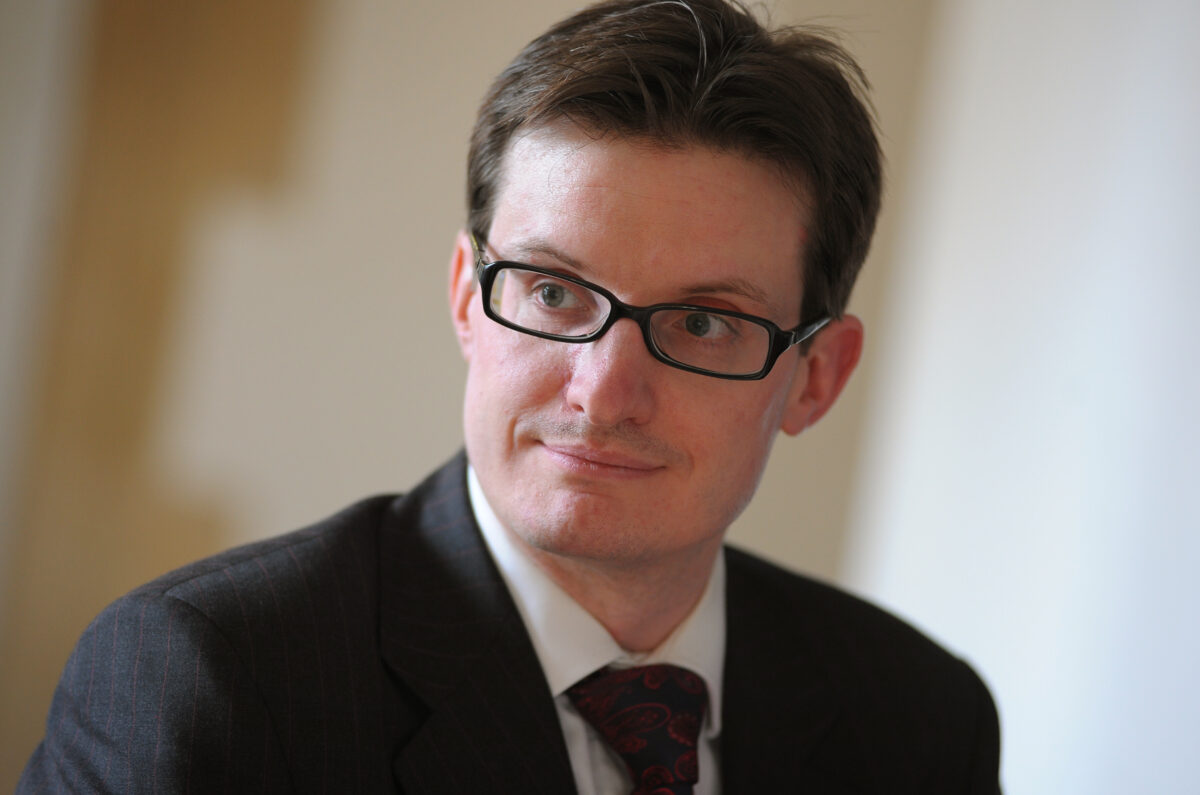 An experienced and respected leading junior barrister. He practises nationwide, having previously practised in London and the South East before moving to Cambridge. He is an excellent advocate and is well respected for his client care and an ability to see through issues and quickly grasp the key and central matters to allow an efficient resolution of the dispute.

Charles is regarded as a highly persuasive and articulate advocate who has built a reputation as an excellent trial lawyer. He has significant skill at cross-examination and in holding people to account on behalf of clients.

Respected for his excellent client care, Charles has an intuitive style and a proven track record of success. He is often instructed in both legally and factually complex cases and comes into his own when acting in a jury trial.

As he undertakes a mix of heavy weight crime and detailed technical regulatory offences. This mix has allowed him to develop an impressive advocacy style while always keeping a close eye on the technical side of the law.

He acts for Local Authorities and Landlords in licensing and other regulatory matters. He has extensive experience in the implementation and prosecution of Houses in Multiple Occupation (HMOs) and the wider regulatory offences for housing standards (Selective Licensing). He advises Local Authorities on their applications to Central Government for the granting of appropriate licenses prior to their implementation. He deals with the whole ambit of regulatory housing matters, including a specialism in Fire Safety offences under both the Housing Act 2004 and the Regulatory Reform (Fire Safety) Order.

He also acts for taxi drivers, their operators, Public Houses and Public Events in issues relating to the obtaining or breaching of licences.

Mr Snelling is Direct Access trained and is able to assist and guide disputes in an understanding and professional manner and is willing to attend meetings at the Council Offices prior to legal proceedings being instigated (as this can often resolve issues at an early stage saving both time and expense).

Charles is an experienced Public Law barrister dealing with an array of Local Authorities regulatory caseload along with related matters such as licensing matters.

He acts for Trading Standards in extensive and complex multi-handed prosecutions with accompanying Proceeds of Crime proceedings. He acts for Local Authorities and individuals in environmental offences, licensing matters, matters relating to public houses (inc. closure orders and other matters).

He has experience in securing the return of property held by the police.

He regularly represents individuals and company at inquests and has a reputation for his caring and understanding nature.

Anglian Water Services LTD v Bedford Borough Council – I acted for Anglian Water in defence of the service of an abatement notice on their largest water recycling centre. There was a four-day trial with contested expert evidence after which AWS were determined as having applied best practical means to abate the notice, so the appeal was successful and the notice quashed. It was a highly charged trial.

Fossitt v Breckland DC – acted for the owner of a public house served with an abatement notice to prevent the pub being used a music venue for an annual festival which was objected to by the Pub’s neighbours. Magistrates found the music event did not amount to a public nuisance. The notice was quashed with full costs.

HDC v Platinum Retail Ltd – acted for Huntingdon DC in an action again a car wash that was creating a statutory noise nuisance to neighbouring properties. Extensive legal arguments (abuse of process) after which HDC were upheld in the service of the notice

Re: McMahon – removal of a harassment notice given by the police

Charles is an experienced barrister dealing with an array of regulatory and related matters.

He regularly acts for the Local Authorities and individuals in licensing and other regulatory matters. He has extensive experiences in the implementation and prosecution of Houses in Multiple Occupation (HMOs) and the wider regulatory offences for housing standards. He advises Local Authorities on the application to Central Government for the granting of appropriate licences prior to their implementation.

He is able to act in matters relating to unlawful eviction and other housing related matters.

Peterborough City Council v Kaur – prosecuted the wife of a local solicitor for regulatory housing law matters which result in the judge referring her husband to the Solicitors Regulatory Association.

CCC v Coppola – a case arguing about the applicability of the POCA to recover rent paid to a landlord following the failure to comply with an Improvement notice.

PCC v Serstena – acted for Council against a Council Tenant who owned her own property as well. Recovered over £30k in Proceeds of Crime application following convictions for fraud.

PCC v Lets Move Estate Agents – 4 days RPT trial dealing with the refusal of granting 80 selective licences in which he successfully argued that the agency was not a fit and proper person and licences were refused. Appeal to Upper Tribunal refused following written submissions.

CCC v Croft – successfully argued that the requirement to put in smoke detectors did not require compliance with the LACORS guidance (the fact that they were not interlinked did not create a criminal offence under the HMO Management Regulations). Case dropped after extensive legal arguments and before trial.

IBC v Miza – successfully argued that the requirement to put in smoke detectors did not require compliance with the LACORS guidance under Council Guidance and the HMO Management Regulations. Case dropped at the end of the prosecution case.

LBC v Akhtar – successfully argued that the requirement to put in smoke detectors did not require compliance with the LACORS guidance. Company accepted minor offences and case dropped against owner of letting agency.

SCDC v Chaplin Farms Ltd – company using an illegal campsite for over a decade illegal in greenfield land. Ordered to pay over £200k in POCA.

PCC v Malik – prosecuting for trading standards – lifestyle offence – contested POCA trial and order over £100k made. Defendant tried to argue it was his father’s money. Utilised section s10A to prove it wasn’t.

Charles is a well-respected and established criminal barrister with a proven track record and extensive experience both prosecuting and defending. He taught law at City University prior to coming to the bar and has a thorough understanding of the law.

He undertakes the full range of criminal law ranging from violence, sex, drugs, dishonesty, driving and regulatory offences. He prosecutes on behalf of the CPS, BIS, and Local Council’s and is a Grade 3 prosecutor.

He is a leading junior of some note and well respected for his excellent client care and outstanding advocacy ability. He has an impressive jury style and is able to persuade a jury in the most difficult of cases resulting in an impressive track record.

As can be seen from the case list below Charles has acted in high profile terrorism and complex criminal cases which often last several months.

He regularly prosecutes complex and high profile regulatory criminal work on behalf of Local Authorities (you are referred to his public law page).

R v Locaitis – acting for a ringleader in a large multi-handed VAT fraud (cigarette smuggling) where over £1m of vat was avoided. The trial resulted in a hung jury for only this defendant. During the retiral the jury were discharged and after a Goodyear the client received a suspended sentence (the co-d’s were sentenced to years in custody).

R v Higginson – Norwich Crown Court Leading Junior Counsel for the first of nine defendants charged with a large-scale international drug and money laundering conspiracy. The case involved the admissibility of 41 hours of covert material (which was excluded following argument) and reference to the Surveillance Commissioner. Six-week trial.

R v Kenehan – Winchester Crown Court acted for a university lecturer accused of assisting an offender following a murder by her boyfriend’s gang and involvement in large scale drugs conspiracy. It was a case that was reported in the national press and tried by Mr Justice Sweeney. Six-week trial involving numerous legal issues and extensive computer material.

R v Morris – Norwich Crown Court acted for a man accused of a £750,000 fraud against an insurance company for taking a policy while being aware of a pre-existing condition (reduced to £64 following legal argument).

R v Ilgavyzis – prosecuting a firearm, money laundering and POCA trial. Defendant found guilty and a POCA order of over £100k made.