Domestic abuse in the Family Court: Re H-N and Others 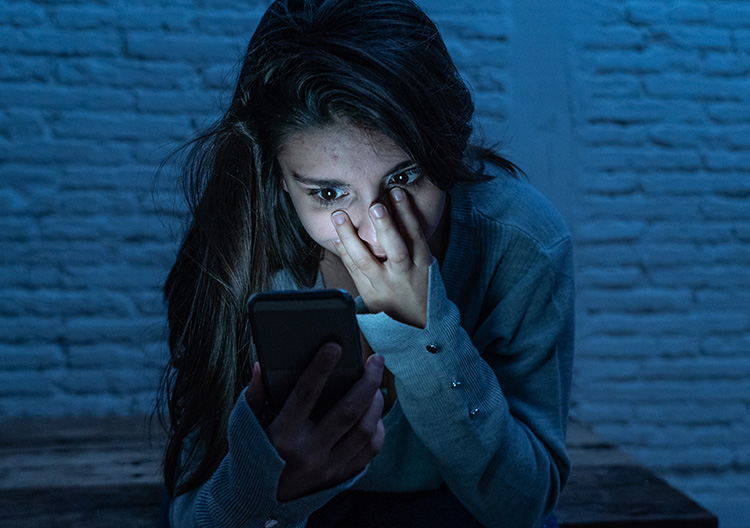 The purpose of this article is to distil the recent decisions in F v M [2021] EWFC 4 (Fam) and Re H-N and Others (children) (domestic abuse: finding of fact hearings) [2021] EWCA Civ 448, both of which relate to the Family Court’s handling of cases involving domestic abuse.

Re H-N and Others

Re H-N (McFarlane P, King LJ and Holroyde LJ) concerned the conjoined appeal of four cases involving fact-finding hearings. I do not intend to go into the facts of each appeal, but for completeness I shall state that three of the appeals were allowed (one in part) and one (Re H) dismissed (on the grounds that the appeal was purely academic in that the Appellant had no desire to stop or curtail the unsupervised contact between the child and the Respondent which was currently taking place).

The Court of Appeal did however seek to give some ‘general guidance’ in relation to how the court approaches cases of domestic violence, most notably on the following issues/questions:

Is PD12J fit for purpose?

It should firstly be noted that the Court endorsed PD12J as currently drafted stating (at para 28) ‘We are therefore of the view that PD12J is and remains, fit for the purpose for which it was designed namely to provide the courts with a structure enabling the court first to recognise all forms of domestic abuse and thereafter on how to approach such allegations when made in private law proceedings.’

What is coercive and controlling behaviour?

The Court recognised that a central concept of the modern definition of domestic abuse was that of coercive and controlling behaviour and further recognised the difficulties and issues of the application of PD12J. In doing so it commended and endorsed the judgment of Hayden J in F v M calling it ‘essential reading for the Family judiciary’ (para 30).

The Court went on to recognise that harm to a child is not limited to actual violence to the child or parent and stated that ‘a pattern of abusive behaviour is as relevant to the child as the adult victim’ and gave examples of how a child can be harmed at para 31:

‘[…] The child can be harmed in any one or a combination of ways for example where the abusive behaviour:
i) Is directed against, or witnessed by, the child;
ii) Causes the victim of the abuse to be so frightened of provoking an outburst or reaction from the perpetrator that she/he is unable to give priority to the needs of her/his child;
iii) Creates an atmosphere of fear and anxiety in the home which is inimical to the welfare of the child;
iv) Risks inculcating, particularly in boys, a set of values which involve treating women as being inferior to men.’

In relation to coercive and controlling behaviour (and all other forms of domestic abuse) the Court also endorsed the approach set out by Hayden J of recognising a ‘pattern’ of behaviour as defined in PD12J.

The Court were also clear to recognise that not all behaviour will be classed as abuse and stated at para 32:

‘It is equally important to be clear that not all directive, assertive, stubborn or selfish behaviour, will be ‘abuse’ in the context of proceedings concerning the welfare of a child; much will turn on the intention of the perpetrator of the alleged abuse and on the harmful impact of the behaviour.’

Should there be a fact-finding hearing?

It confirmed, having analysed the contents of PD12J, the President’s Guidance ‘The Road Ahead’ and the Overriding Object, that whether a fact-finding hearing should take place will be a question of ‘necessity’ (para 36) and provided the following guidance at para 37:

‘37.The court will carefully consider the totality of PD12J, but to summarise, the proper approach to deciding if a fact-finding hearing is necessary is, we suggest, as follows:
i) The first stage is to consider the nature of the allegations and the extent to which it is likely to be relevant in deciding whether to make a child arrangements order and if so in what terms (PD12J.5).
ii) In deciding whether to have a finding of fact hearing the court should have in mind its purpose (PD12J.16) which is, in broad terms, to provide a basis of assessment of risk and therefore the impact of the alleged abuse on the child or children.
iii) Careful consideration must be given to PD12J.17 as to whether it is ‘necessary’ to have a finding of fact hearing, including whether there is other evidence which provides a sufficient factual basis to proceed and importantly, the relevance to the issue before the court if the allegations are proved.
iv) Under PD12J.17 (h) the court has to consider whether a separate fact-finding hearing is ‘necessary and proportionate’. The court and the parties should have in mind as part of its analysis both the overriding objective and the President’s Guidance as set out in ‘The Road Ahead’.’

In the course of submissions there was ‘effective unanimity that the value of Scott Schedules in domestic abuse cases had declined to the extent that, in the view of some, they were now a potential barrier to fairness and good process, rather than an aid’ (para 43). There was concern on two fronts, one of principle, in that Scott-Schedules made it difficult for a court to look at a pattern of behaviour when focusing on timed and dated incidents, and one more pragmatic, in that courts were asking that allegations be limited or reduced which could cause a false portrayal of a relationship between two individuals (paras 44 and 45).

The Court accepted the criticism of Scott-Schedules at para 46:

‘46. For our part, we see the force of these criticisms and consider that serious thought is now needed to develop a different way of summarising and organising the matters that are to be tried at a fact-finding hearing so that the case that a respondent has to meet is clearly spelled out, but the process of organisation and summary does not so distort the focus of the court proceedings that the question of whether there has been a pattern of behaviour or a course of abusive conduct is not before the court when it should be. This is an important point. Everyone agrees.’

However, at para 49, stated that it could not determine how the information should be presented:

‘49.The process before this court has undoubtedly confirmed the need to move away from using Scott Schedules. This court is plainly not an appropriate vehicle to do more than describe the options suggested by the parties in their submissions during the course of the hearing. It will be for others, outside the crucible of an individual case or appeal, to develop these suggestions into new guidance or rule changes.[…]’

How should allegations of coercive and controlling behaviour be approached in a finding of
fact hearing?

The Court set out a detailed discussion at paras 50-59 of the judgement. Ultimately the Court left the detail to the trial judge but stated at para 56 and para 59 that where one party made allegations of coercive and controlling behaviour then these would be the courts primary focus above individual dated allegations and they should only be determined ‘because of their potential probative relevance to the alleged pattern of behaviour, and not otherwise, unless any particular factual allegation is so serious that it justifies determination irrespective of any alleged pattern of coercive and/or controlling behaviour (a likely example being an allegation of rape).’ (para 59)

The Court recognised that dealing with allegations of coercive and controlling behaviour without significantly increasing the timescale of private law proceedings was not an easy balance, but gave four ‘pointers’ at para 58 in relation to this:

‘a) PD12J (as its title demonstrates) is focussed upon ‘domestic violence and harm’ in the context of ‘child arrangements and contact orders’; it does not establish a free-standing jurisdiction to determine domestic abuse allegations which are not relevant to the determination of the child welfare issues that are before the court;

b) PD12J, paragraph 16 is plain that a fact-finding hearing on the issue of domestic abuse should be established when such a hearing is ‘necessary’ in order to:
i) Provide a factual basis for any welfare report or other assessment;
ii) Provide a basis for an accurate assessment of risk;
iii) Consider any final welfare-based order(s) in relation to child arrangements; or
iv) Consider the need for a domestic abuse-related activity.

c) Where a fact-finding hearing is ‘necessary’, only those allegations which are ‘necessary’ to support the above processes should be listed for determination;

d) In every case where domestic abuse is alleged, both parents should be asked to describe in short terms (either in a written statement or orally at a preliminary hearing) the overall experience of being in a relationship with each other.’

The relevance of criminal law concepts

In short the Court endorsed the approach in Re R (Children)(Care Proceedings: Fact-finding Hearing) [2018] 1 WLR 1821 that ‘it was fundamentally wrong for the Family Court to be drawn into an analysis of factual evidence in proceedings relating to the welfare of children based upon criminal law principles and concepts.’ (para 62). They further confirmed that the judgment in Re R prevailed over anything contrary in the judgment of Russell J in JH v MF [2020] EWHC 86 (Fam).

The Court did however clarify that Judges in the Family Court should not shy away from using criminal terms (i.e. rape) in the way that it would be used in ordinary speech, but that they are not required to find that the elements of a criminal offence have been made out, in order to make a finding. (paras 60-74).

For me, the five key points to take away from the recent decisions are: